We are working with two local Special Educational Needs (SEN) schools, The Bridge London and Richard Cloudesley School as well as with groups of young people with experiences of hospitals, to understand their views towards different aspects of the study, including the methods we will use to collect data.

As part of Phase 2 of Pay More Attention we will invite children and young people participating in the study to take us on a tour of their hospital and to show us the places they go and the spaces that they use. We will ask them to take photographs of the spaces e.g. the ward, x-ray, pharmacy. We will then return to their ward, print out the photographs and ask them to tell us more about the space, why and when they use the space, who they see and what they think about the space, for example, what they like or do not like about it.

We worked with one of our partner SEN schools to try out the activity within their school. A class teacher developed an example to explain the activity to the children. The children then identified a number of spaces e.g. swimming pool, dining room, library, and in small groups accompanied by a teacher or learning assistant went to take photographs on iPads of these spaces. These were printed out in the classroom and the children used starter sentences ‘I like …. because ….’ or ‘I dislike ….. because ….’ to give their view.

The same activity was also tried with a hospital based young people’s group. The group split into three and were asked to take photographs of spaces in the hospital, to return and to discuss the photographs. 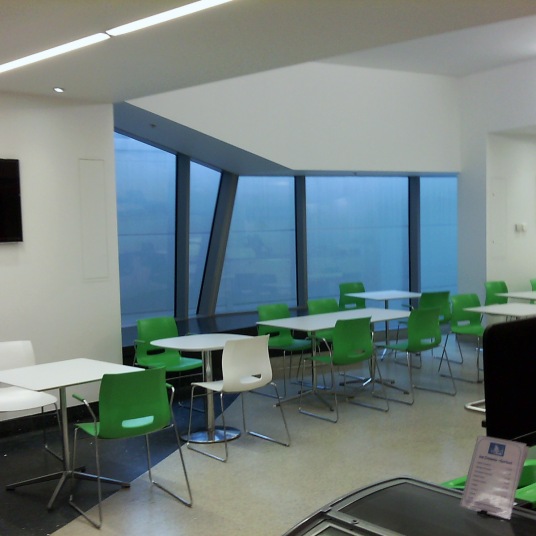 By testing this activity we know that it is accessible for those with and without learning disabilities and that it produces the data about the spaces that children and young people access and that they can provide a view about the space.

Asking young people about their likes and dislikes

One of the things that we want to know from young people is what they like or dislike about being in hospital. To do this we will be using a method called Talking Mats™ with all children who participate in the study. This is a communication tool to help people express a wide range of views and opinions.

We worked with one of our SEN partner schools and joined a class where the pupils individually helped us to practice using talking mats. We developed our own specific symbols that we knew the children would recognise. For the children to practice using the method, we started by asking them about some general things that they might like. The children were asked to place each picture under one of the top pictures as to whether it was something that they liked (thumbs up), did not like (thumbs down) or were not sure about (shoulder shrug). The photograph shows what one child liked.

We then asked the children about which lessons they liked or did not like. The photograph shows that swimming and ‘forest school’, were not liked by one child, but all other lessons were liked. 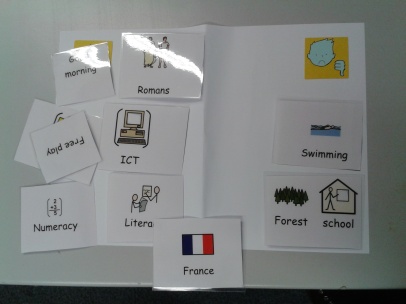 We were able to see how well children understood the process of Talking Mats™ and whether it was a useful method for helping them to tell us why they liked or did not like something.  The information we gained from this session has helped us to think about the way that we use Talking Mats™ with children and young people who take part in our study.